View our Newsletter in a different language

The Parkhill Community touch the land and think of the Wurundjeri People and surrounding Clans of the Kulin Nation who cared for the land before us.

We share our gratitude to their Elders past, present and emerging.

As we touch this land we promise to treasure it; taking care of all its people, animals, plants and waterways.

We at Parkhill appreciate this land.

Dress rehearsals are in full flow and the concert is near ready for the premier performance on Monday next week! As the performance week approaches, excitement is growing!

The matinee performance is filled with children from our local kinders and both Tuesday and Wednesday evening performances are filling up quickly. If you haven’t already done so be sure to book your tickets ASAP!

Just a reminder that in the last week of term, on Wednesday 14th September, there is no school for the children. This day is a Professional Practice day for staff.

What is play? Play is children’s language, children’s work and children’s relaxation. Children need to play for healthy development. Children’s play belongs to children. It is for all children, all ages from babyhood on, and all abilities. Children decide what to play and how to play. Play is their time to be free and to enjoy. Play can be pretending, learning a new skill, dressing up, being active or being quiet. Play can be with other children or alone. Adults can join in if they are invited, in fact young children often love best to play with parents, but children make the rules (except rules for safety).

I am looking forward to seeing you all next week at the concert! Have a super weekend.

Refer to our calendar for any updates of events

Wednesday 14 September is a Professional Practice Day. Students do not attend school on this day.

The students and staff are getting super excited for the upcoming school concert – “Where’s Wally?”

Tickets are now on sale!

Tickets are $15 each and can be purchased through Trybooking https://www.trybooking.com/CBSMX

Please note:
No refunds will be available, but the school will assist in reselling, should this be necessary.
Please note that NO PHOTOGRAPHY OR FILMING is allowed during performances.
Special note for very little children: For safety reasons, there will be no room for prams or pushers in the hall. Seats must be purchased for audience members who use a seat (e.g. very little children). If your child can sit on a lap for the whole performance (1 hour 20 mins), there is no need to purchase a ticket. 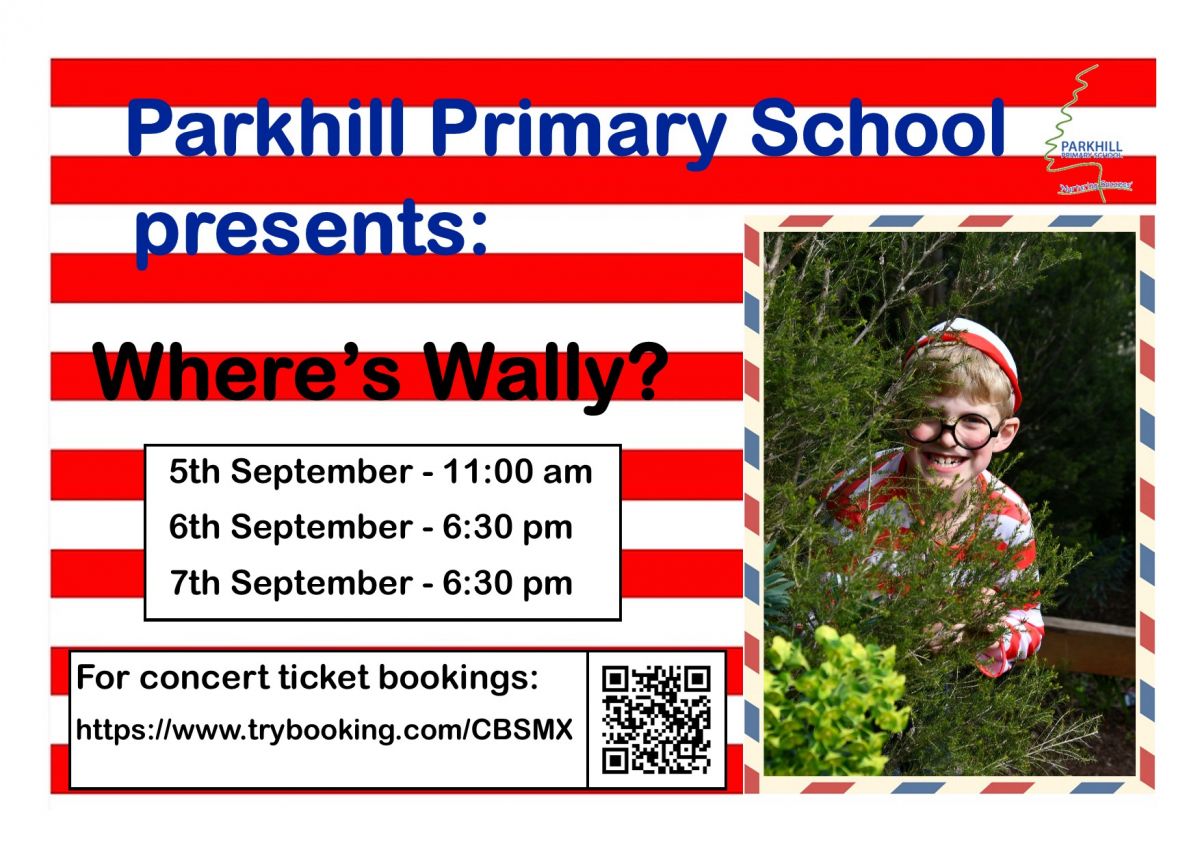 Volunteers from the Astronomical Society of Victoria will be setting up their telescopes in the school grounds so that we can gaze at the splendours of the Moon and some of the amazing objects visible in the night sky. You’ll get great views of craters and mountains on the Moon, and be able to see star clusters, and other distant astronomical objects. We will start at 7.00pm and finish at about 8.30pm on the asphalt area, a little later than originally planned due to the later sunset. Wrap up warm, as September evenings can be quite chilly. If you want to bring along a torch, make sure that the lens is covered with something red, like cellophane. White light is bad for your night vision!

Register your attendance via Compass.

Let’s give our inner Astronomer time to shine!

SAVE THE DATE - School Forum

Following the success of our school forum in Term 1, the School Council is most excited to be hosting, with the support of the Parkhill staff, a school forum in early Term 4 on Tuesday 11 October.

This is very much in listening and taking on board parent feedback and we look forward to seeing you there.

More details will be coming out around the content for the event as it approaches.

Here are some examples of students’ responses to the text ‘What Do You Do with an Idea?’:

This book was inspiring to me. It encouraged me to share some of my own ideas. when listening to the book, I felt joyful and delighted. I agree with the boy sharing his idea to the world because it changed his life forever.

I can identify with this story because one time I wanted to share my idea, but I didn’t think everyone was on the same page as me.

I think the story was stupendous. The text and illustrations were very detailed.

I loved the characters because they encouraged people to share their ideas. I also liked when the boy stood upside down, and started walking. It was the funniest bit in the story.

I felt delighted and proud because the boy never gave up on his idea. Even if people think it is nonsense or silly. I disagree how he tried giving up his idea. I connect with the book because sometimes I think of an idea and put down my hand. But it is better to let it out.

I thought this book was marvellous. It had a big meaning, don’t give up on your idea. Even if your idea is wrong, just ask! You learn from your mistakes. The more mistakes you make, the more you learn.

To feel motivated to share my ideas more, even if I think they are silly. That is because at the end of the book, it says, “your ideas could change the world.” I agree with not letting negative comments about your idea get to you. They are just opinions. I disagree with the book when the boy doubted his idea, because he thought it was silly. Always try new things. I identify with this book because sometimes, I too think my ideas are silly.

I think this book has a very good message. I really enjoyed the bit when the idea flew free and emerged as other ideas, inspiring other people.

On the 22nd & 23rd August, two of our students, Addison G and Jasper W from 6B, represented Parkhill at the Victorian Interschool State Snowsports Championship.

On a morning of high winds, minimal visibility, and a temperature of -3’C, both Jasper and Addison had to be up at 6am, dressed in full ski gear and on the first chair lift by 7am. Course inspection for their races commenced at 7:30am, before racing started at 8am.

The conditions for skiing would have most kids wanting to go inside and forget about racing, however both our Parkhill students showed resilience, determination, and pride to represent our school. 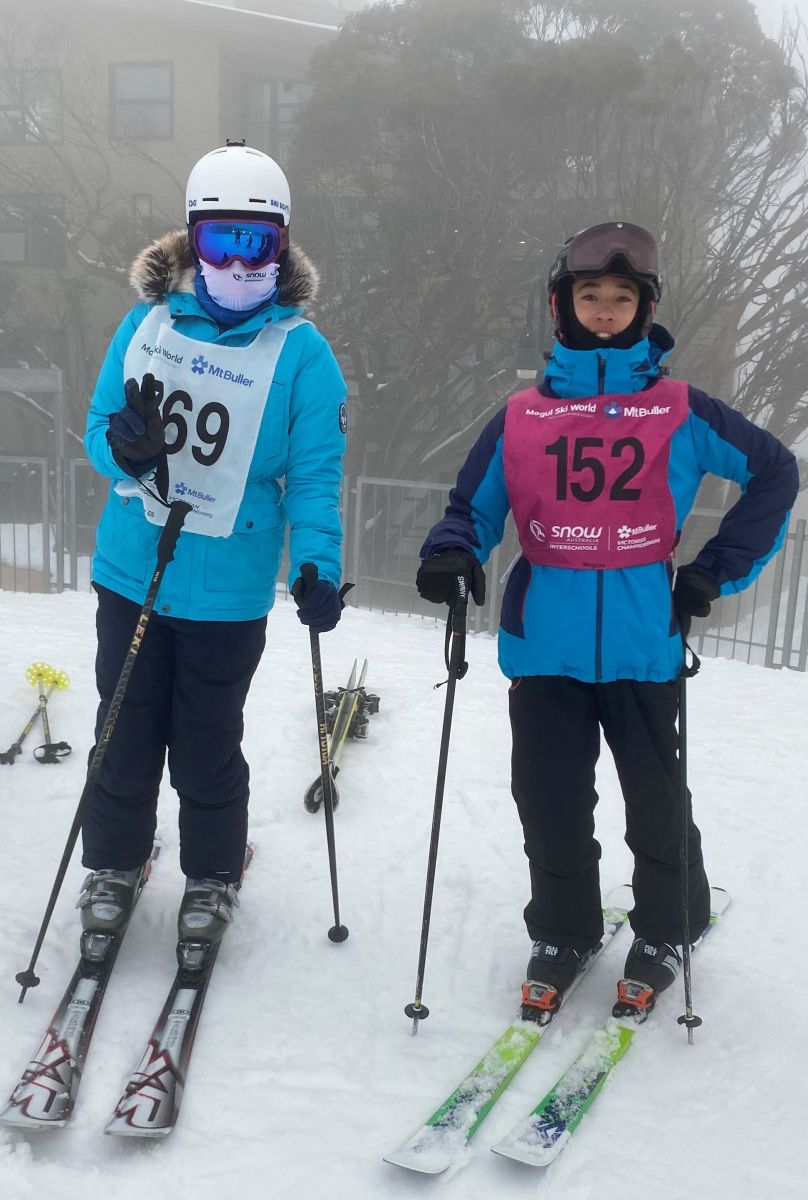 Racing is very different to everyday skiing. For a start there are different ski’s for particular events. Giant Slalom has thinner ski’s with sharper edges to slice round corners and Moguls have wider ski’s to absorb the bumps and stay on top of the snow.

Both Addison and Jasper competed in sections with over 150 participants, against all the primary schools in the State including the large teams of private schools that had 30 or more students racing. Secondly, some kids train all season long each year just for racing.

Therefore, everyone at Parkhill should be so proud of the below achievements:

Jasper finished in the top 20 of all three events and therefore he is off to Nationals next week at Perisher in NSW.  I am sure all of the Parkhill community will be cheering Jasper on and we wish him all the best of luck.

Stay tuned in the coming weeks for videos and an interview with Addison and Jasper on Parkhill TV.

WE WANT OUR PARENTS/CAREGIVERS/GUARDIANS TO TELL US WHAT THEY THINK!

Our school is conducting a survey to find out what parents/caregivers/guardians think of our school. The Parent/Caregiver/Guardian Opinion Survey is an annual survey offered by the Department of Education and Training that is designed to assist schools in gaining an understanding of families’ perceptions of school climate, student behaviour, and student engagement. We encourage families to participate in this survey. Our school will use the survey results to help inform and direct future school planning and improvement strategies.

A random sample of approximately 30% of parents/caregivers/guardians has been selected to participate in this year’s survey. If your family has been selected, you will have received a letter care of your child during the week.

The Parent/Caregiver/Guardian Opinion Survey will be conducted from Monday 22nd August to Friday 16th September.

The survey will be conducted online, only takes 20 minutes to complete, and can be accessed at any convenient time within the fieldwork period on desktop computers, laptops, tablets or smartphones. The online survey will be available in a range of languages other than English. These include: Arabic, Vietnamese, Simplified Chinese, Chin (Hakha), Hindi, Japanese, Somali, Turkish, Punjabi and Greek.

Please email michelle.smith@education.vic.gov.au if you would like more information.

We are trialling a new way of reporting to parents at the conclusion of this term with Interim Reports. Teachers have collected work samples in writing and maths and will provide achievement feedback to parents through Compass.

Interim Reports are an exciting move in the direction of Continuous Reporting, where we hope to provide feedback in a more ongoing, task by task, nature.

More information about Interim Reports, including how to access them, will be forthcoming.

Please note that Flexischools lunch orders will be unavailable on the following dates due to events at Ashwood High School:

Just a quick thank you to those families who have collected their bread bags and deposited them in the box near the front office. For every 5kg of bread bags we collect we gain 500 reward points to go toward sports and play equipment. Let’s try and maximise our rewards by collecting the capped amount of 2,500 points. Collection will continue until September, so we have plenty of time to achieve this goal. Keep up the good work for both the environment and our fabulous school. 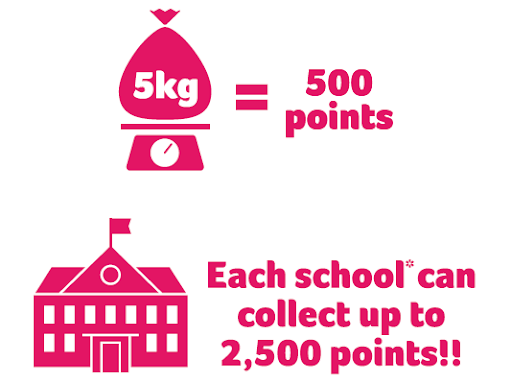 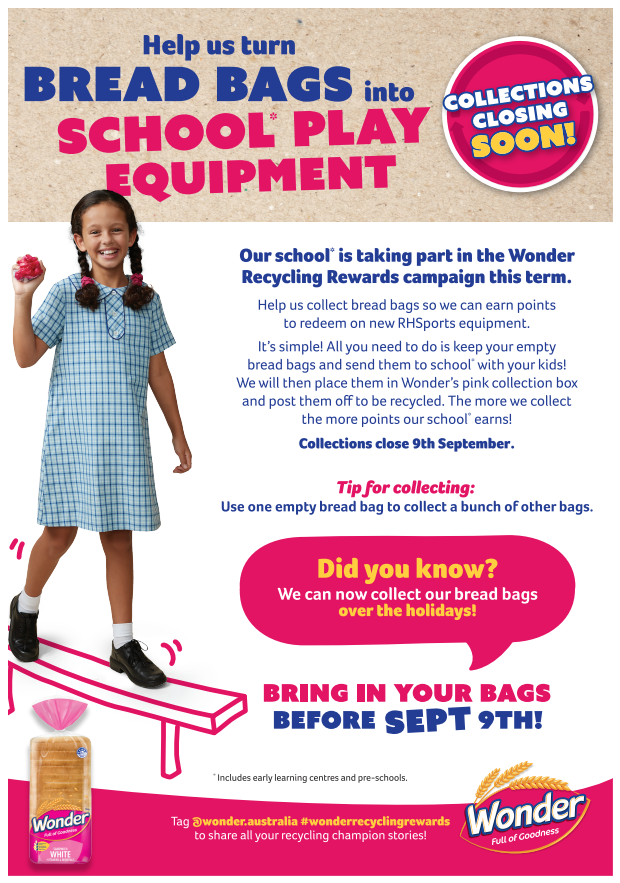 For more Parkhill news and events, head to our Newsroom

We need volunteers to help with the sausage sizzle for the upcoming Ashburton Artisan Market on Saturday 17 September. Keep an eye out in next week’s newsletter for the sign up link!

They cost $70 and provide over $20,000 in discounts to all the things you love to do…dining, attractions, shopping, travel and more!  They are filled with up to 50% off or 2-for-1 style offers, they are a great way to discover new favourites and enjoy the value at the same time. The proceeds of the books sold goes to Parkhill Primary School. Please order one now via this link 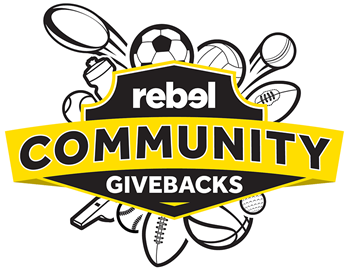 Under this program, Parkhill Primary School can earn 5% of your purchases at Rebel Sports as an in-store credit to spend on our school sports programs.

You can sign up in store or log into your rebel Active Member account when shopping online at www.rebelsport.com.au to attribute the expense to the school.

It’s quick, simple and easy to: Download, Register and Activate.

Don’t forget to share the news with family and friends.

Need more?? Visit a store within 14 days of activating your card, spend $100 or more in a single transaction and scan your Ritchies card or app.

Get $10 off instantly. (Valid for one transaction). 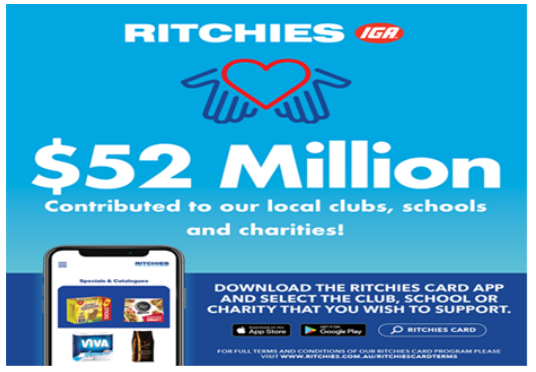 A group administrator will confirm your association with the school and approve your request.

If you would like to be on our email distribution list and receive communication and minutes from our meetings please email parents.friends.secretary@gmail.com 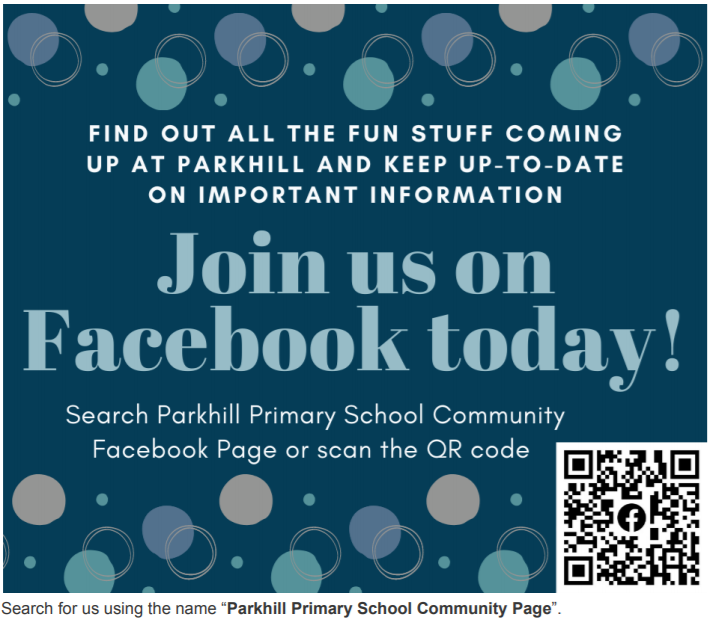 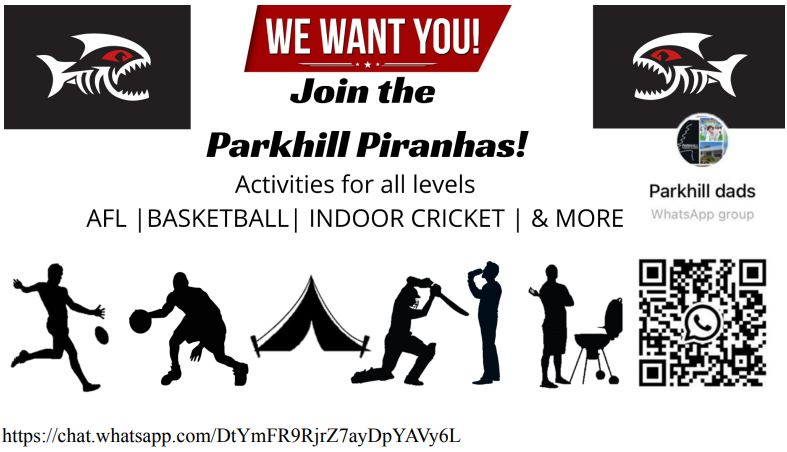 You can find the links to the lunch orders on the website under Quick Links. 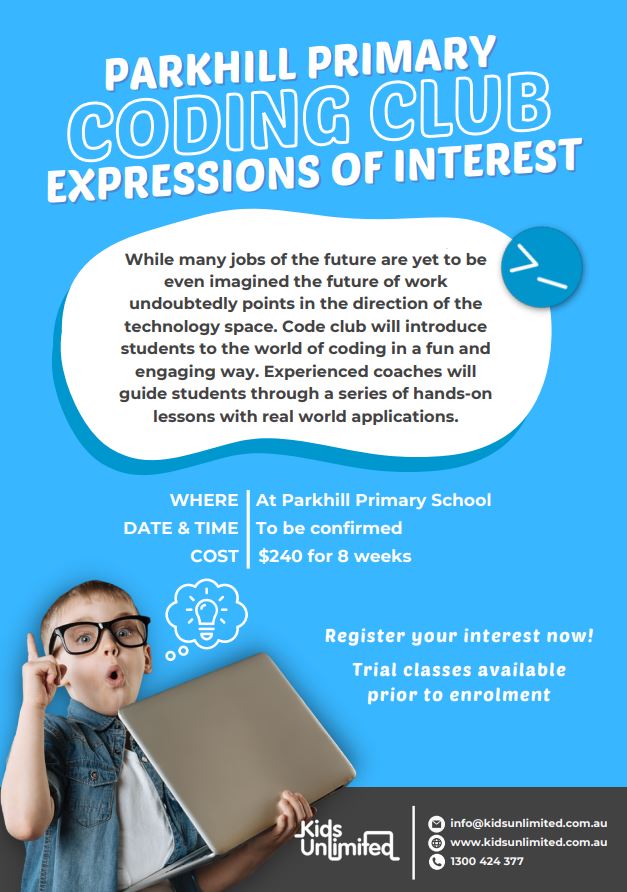 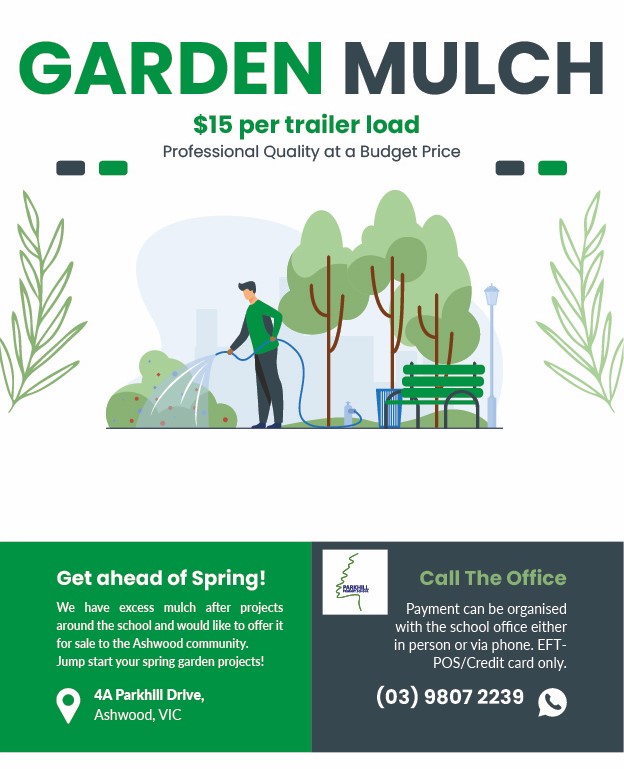 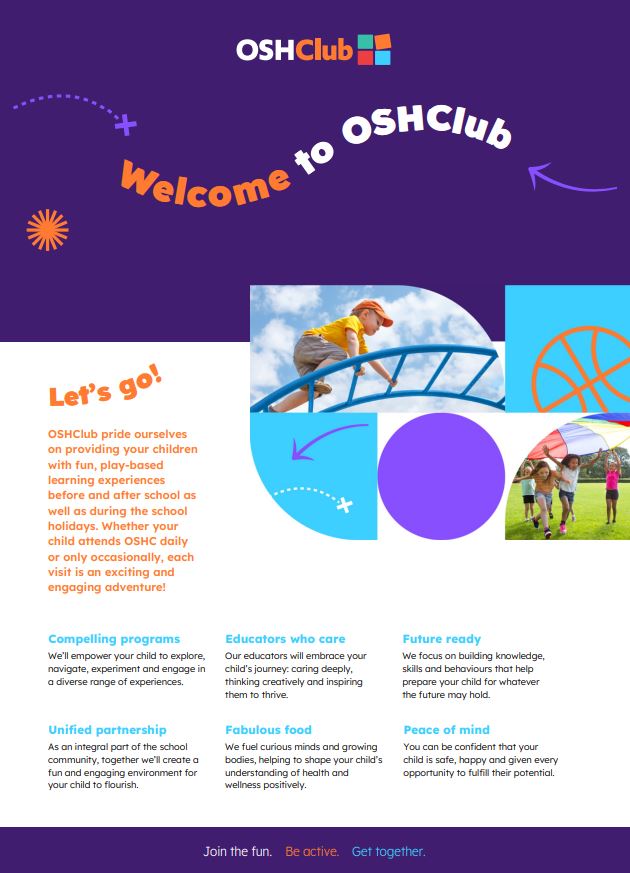 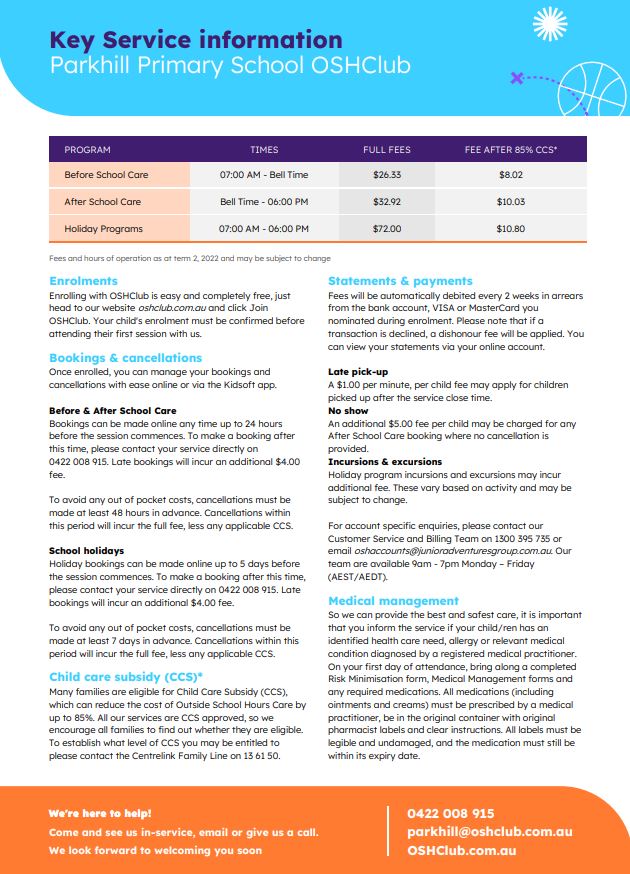 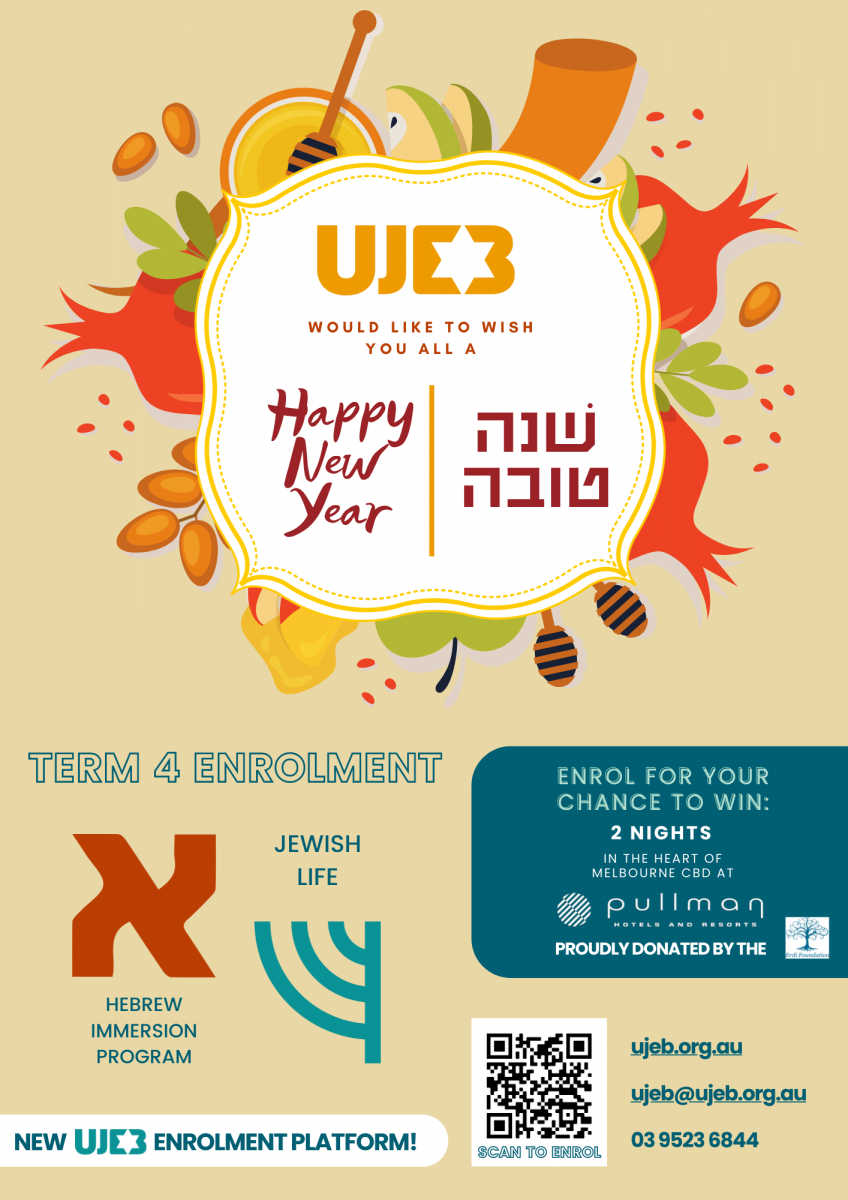 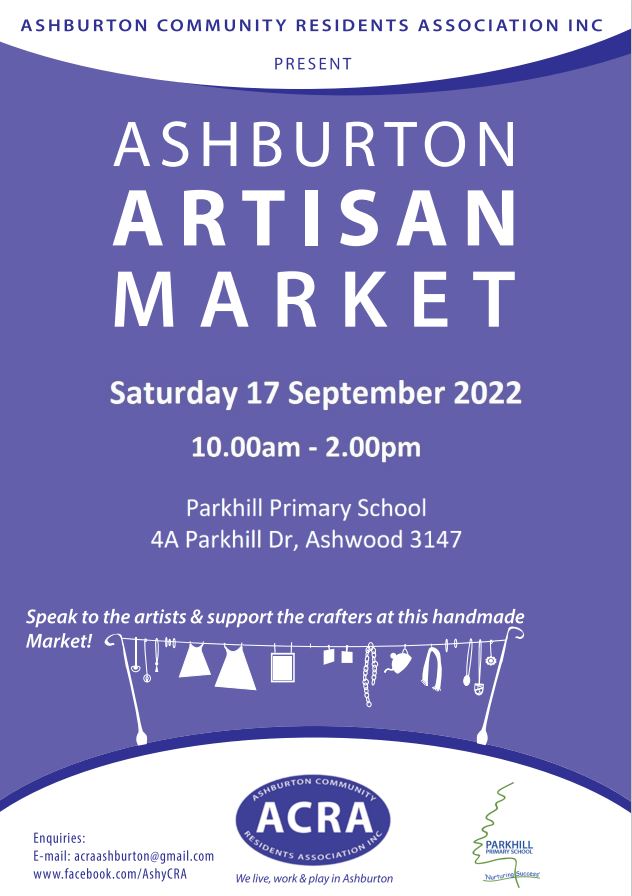 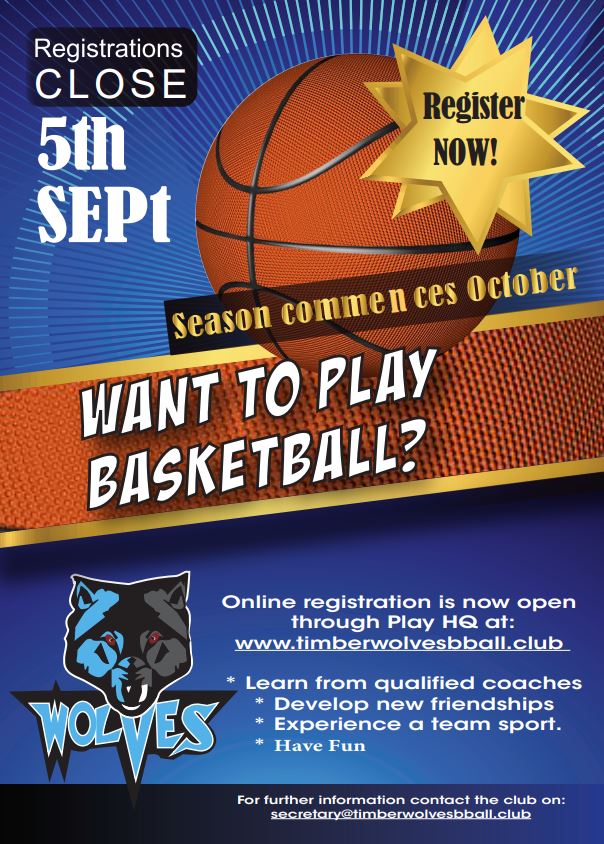 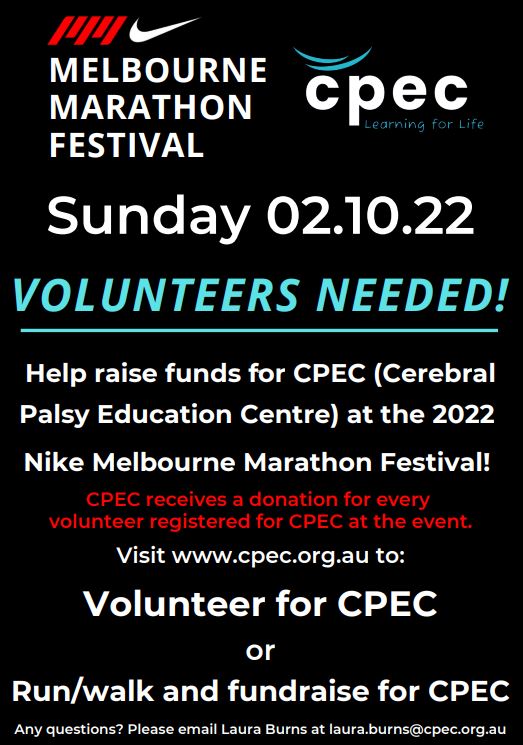